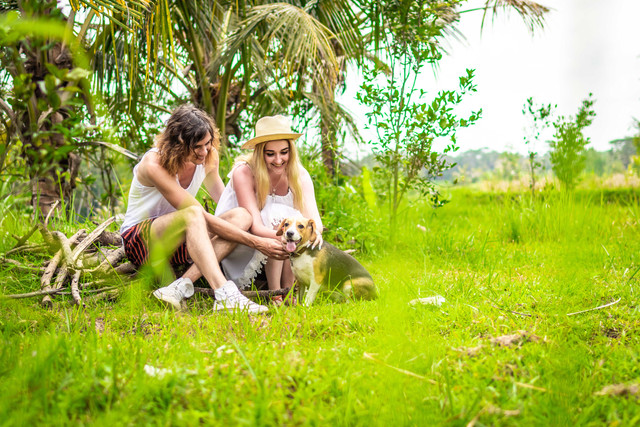 Casting Instructions for ‘Laws of Magic’

The Laws of Magic are not legislative laws, but, like those of physics or musical harmony, are actually fairly practical observations that have been accumulated over thousands of years. These laws describe the way magic seems to behave.

The LAW OF KNOWLEDGE
This is probably the most widely used law, and probably encompasses all the others in some way. The basis of this law is that understanding brings control. The more that is known about a subject, the easier it is to exercise control over it. Knowledge is power.

The LAW OF SELF-KNOWLEDGE
An obvious derivative of the LAW OF KNOWLEDGE, this law carries additional connotations, as a mage who does not have knowledge of himself does not have knowledge (and therefore control) of his own magic. This law is one of the reasons “evil” mages are very rareÂ—a dedication to “evil for evil’s sake” is usually due to a lack of introspection and awareness of oneself. It is difficult to do harm to others when you understand fully what that kind of harm would do to you. Know thyself.

The LAW OF CAUSE AND EFFECT
A simple scientific understandingÂ—if exactly the same actions are done under exactly the same conditions, they will be associated with exactly the same results. Magicians have at least as much belief in cause and effect as modern physicists do, they just realize that a good ritual, like a good theatrical performance or a good bread recipe, isn’t always predictable. In truth, a spell involves so many variables, that controlling or even understanding them all is impossible. The key to magical success is learning which variables are the most important, and how to keep them constant. Control over the variables is icing on the cake.

The LAW OF SYNCHRONICITY
Two or more events happening at the same time are likely to have more in common than the merely temporal. Very few events ever happen in isolation from other events. There is no such thing as a mere coincidence.

The LAW OF ASSOCIATION
If any two pattern have elements in common, the patterns interact “through” those common elements, and control of one pattern facilitates control of the other(s) depending (among other factors) upon the number of common elements involved. This is a very important law, up there with the LAW OF KNOWLEDGE.

The LAW OF SIMILARITY
Having an accurate physical or mental representation of something facilitates control over it. This one is fairly obvious in its usageÂ—having a model, picture, or other representation of your target (like a voodoo doll) gives you power to effect the target. Look alikes are alike.

The LAW OF CONTAGION
Objects or beings in physical contact with each other continue to interact after separation. Everyone you have ever touched has a magical link with you, though it is probably pretty weak unless the contact was intense and/or prolonged or repeated frequently. Magical power is contagious. Naturally, having a part of someone’s body (nails, hair, spit, etc.) gives the best contagion link.

The LAW OF NAMES
Knowing the complete and true name of an object, being, or process gives one complete control over it. This works because a name is a definition (yes, even “Harold”, “Marie”, “Kunte”, and “Jasmine” were at one time) as well as a contagion link, and an association (if you call something the same name over and over, that name becomes associated with the thing). This also works, because knowing the complete and true name of something or someone means that you have achieved a complete understanding of its or their nature. This is why, in most pre-industrial cultures, people are given “secret names”, as well as “public names”, and why the sharing of a secret name is such an act of trustÂ—because the secret name is considered to be very close to, if not identical with, the person’s true name.

The LAW OF WORDS OF POWER
There exist certain words that are able to alter the internal and external realities of those uttering them, and the power may rest in the very sounds of the words as much as their meanings. Many of such words are names, though the meanings may have been lost or forgotten. Very many magical tools require words to be inscribed upon them and/or said over them during their construction and/or use.

The LAW OF PERSONIFICATION
Any phenomenon may be considered to be alive and to have a personalityÂ—that is, to “be” an entity or being. Anything can be a person. Most weather mages personify the winds and the clouds, for example, and thus find focusing their magic on the atmosphere much easier to do.

The LAW OF INVOCATION
It is possible to establish internal communication with entities from either inside or outside oneself, said entities seeming to be inside of oneself during the communication process.

The LAW OF IDENTIFICATION
It is possible through maximum association between elements of oneself and those of another being to actually become that being, to the point of sharing its knowledge and wielding its power. This is the law that controls most lengthy or permanent possession phenomena.

The LAW OF PERSONAL UNIVERSES
Every sentient being lives in and quite possibly creates a unique universe which can never be 100% identical to that lived in by another. So called “reality” is in fact a matter of consensus opinions. This law is nowhere near as obvious as the other laws in its applications, but if you can figure some out, you can use it.

The LAW OF INFINITE UNIVERSES
The total number of universes into which all possible combination of existing phenomena could be organized is infinite. Anything is possible, though some things are more probable than others. You might consider this to refer to the “alternate probability worlds” of science fiction, but it also has a much wider application.

The LAW OF PRAGMATISM
If a pattern of belief or behavior enables a being to survive and to accomplish chosen goals, then that belief or behavior is “true” or “real” or “sensible”. If it works, it’s true. Another rather obscure law, but it does have some very useful applications.

The LAW OF TRUE FALSEHOODS
It is possible for a concept or act to violate the truth patterns of a given personal universe and still be “true”, provided that it “works” in a specific situation. If it’s a paradox, it’s still probably true. This law is basically useless, except to justify use of the above three laws without screwing things up in your version of the real world.

The LAW OF SYNTHESIS
The synthesis of two or more “opposing” patterns of data will produce a new pattern that will be truer than either of the first two were. That is, it will be applicable to more levels of reality, and this new pattern may not be a compromise, but may be something rather new indeed.

The LAW OF POLARITY
Any pattern of data can be split into (at least) two “opposing” characteristics, and each will contain the essence of the other within itself.

The LAW OF OPPOSITES
A sub-law of POLARITY. The “opposite” of a pattern contains information about that pattern, by providing information on what the pattern is not. Thus, control over a pattern’s opposite (or close to it’s opposite) facilitates control over the pattern itself. (Note that this one I alone take the blame for, as it is my own extension of POLARITY and SIMILARITY)

The LAW OF DYNAMIC BALANCE
To survive, let alone to become powerful, one must keep every aspect of one’s universe in a state of dynamic balance with every other aspect. Extremism is dangerous, as the extreme being becomes so associated with the extreme aspect, that they lose the ability to avoid that aspect at all. This is another reason “evil” mages are rare, as continuous association with pain or death will cause a mage pain or death, ending the mage’s ability to continue actively with “evil”. This is also why “good” mages, especially healers, tend to live a long time.

The LAW OF PERVERSITY
Sometimes known as Murphy’s Law. If anything can go wrong, it will, and in the most annoying manner possible. Magical associations sometimes operate in the reverse of what was desired, and meaningful coincidences are just as likely to be unpleasant as pleasant. Even if nothing can go wrong, some element of the universe may change so that things will go wrong anyway. Whether we like it or not, the gods (or fates, or what have you) do have a sense of humor. Emotionally healthy mages have less problems with this law than others do, as the mage’s own subconscious mind is probably a major perpetrator of this law.

The LAW OF UNITY
Every phenomena in existence is linked directly or indirectly to every other one, past, present, or future. Perceived separations between phenomena are based on incomplete sensing and/or understanding.